Classical Sitr, or Old Sitr, is the earliest attested form of the Sitr languages, and is also the ancestor of all known Sitr languages.

Speakers of the Sitr languages are called Likepegs, which means "north people" in Modern Standard Sitr. 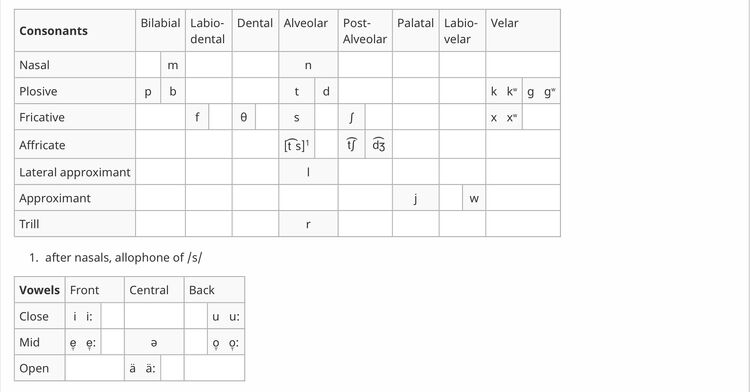 The syllable structure of Classical Sitr is (C)V(C), consonant clusters only exist word-internally and can only consist of up to two consonants.

Classical Sitr uses postpositions instead of prepositions and is highly left-branching, the word order is SOV, and modifiers precede the modified generally.

Classical Sitr is an agglutinating language with split ergativity. Nouns and independent follow the ergative-absolitive alignment, but verb agreements follow the nominative-accusative alignment.

Classical Sitr has a high regularity, inflections of most words are regular and follow the same pattern. Nouns inflect for case and number; verbs inflect for TAM and person.

Community content is available under CC-BY-SA unless otherwise noted.
Advertisement